“I indulge my interest in the air with two passions: airplanes and the saxophone”

Alexandre, who is currently completing an internship at the MINES ParisTech – PSL materials center, describes his experience with the Master’s in Materials Science and Engineering offered by PSL’s three engineering schools (Mines Paris – PSL, Ecole nationale supérieure de Chimie – PSL, and ESPCI Paris – PSL). He discusses his passion for aeronautics and aerospace, his interest in product end-of-life policies, and the role of researchers in society.

Alexandre likes to see where life takes him, and the strategy has paid off.
“I enrolled at the Université de Bourgogne with no specific career plan in mind, and those three years changed everything. I really flourished and found my niche in a place where knowledge was freely shared and students had easy access to professors. You can imagine how excited I was after a year of studying for competitive exams. In my third year of the Bachelor’s program in solid and fluid mechanics, my career plans took shape, and I decided to go into aeronautics or aerospace.”

His mechanics professor recommended applying for the Master’s in Materials Science and Engineering offered by PSL’s three engineering schools (Mines Paris – PSL, Ecole nationale supérieure de Chimie – PSL, and ESPCI Paris – PSL).
“That first year of Master’s studies was a real experience! I didn’t have at all the same background as my classmates. Most of them had graduated from top engineering schools with a solid foundation in chemistry, and our approaches to the same subjects were pretty different. I had to adapt, but it was a very good thing for me and helped me round out my expertise!”

In his second year of the program, now first in his class, Alexandre joined the “Mechanics of Materials for Engineering and Structural Integrity” track (MAGIS), which was a closer fit for his career plans and allowed him to combine theoretical and practical knowledge.
“I like the highly concrete aspect of engineering, and the fact that it has an impact on industrial policies. As an engineer, you apply what you know about materials and structures to solve a specific industrial problem. I’m particularly interested in product life cycle and the aeronautics and aerospace sector.”

I like the highly concrete aspect of engineering, and the fact that it has an impact on industrial policies.

Outside of class, Alexandre’s days revolve around his two passions: aviation and playing the saxophone.
“Ever since I was in high school, I’ve been fascinated by planes and the idea of flying. I even earned my amateur pilot’s license. I love going where the wind blows… And that’s the same thing I look for when I play the saxophone in my hometown’s orchestra. I have fun, I play with the notes. Funny enough, I’ve never really been interested in the physics of the saxophone, but it would be worth it to understand how such the instrument produces such a pure sound."

Right now, Alexandre is completing an internship at the Mines Paris – PSL materials center under the supervision of Natan Guillermin, who is writing his thesis on high pressure discs in helicopter turbos. Alexandre also intends to study for a PhD
“For my thesis topic, I’m very interested in two European research projects. The first, called ASCenSIon, aims to study the fatigue behavior of reusable rocket launch systems. The goal of the second, Imothep (Investigation and Maturation of Technologies for Hybrid Electric Propulsion), is to research hybrid electric propulsion to reduce commercial aircraft emissions.”

With his focus on product end-of-life policies, Alexandre firmly believes that researchers are responsible for raising awareness within society.
"The Earth’s orbit is littered with space debris, because no real end-of-life policy was in place when the products were launched. I believe it’s critical to raise awareness of this issue within the industry. In my opinion, researchers should not only be looking for permanent solutions, but also shining a spotlight on the problems that could be created by a failure to take action.”

To end our conversation on a lighter note, we asked Alexandre to share a crazy dream of his. His answer ? “Learning to fly…” 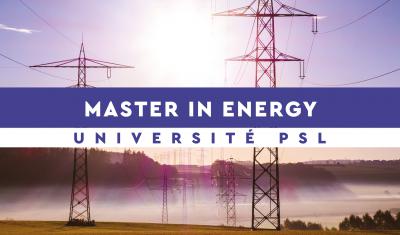 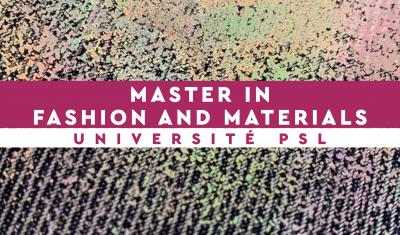 Master's degree in Fashion and Materials 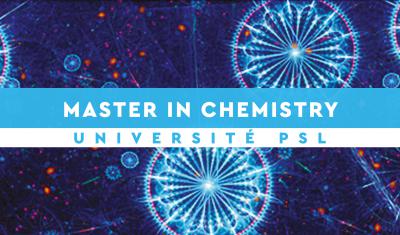