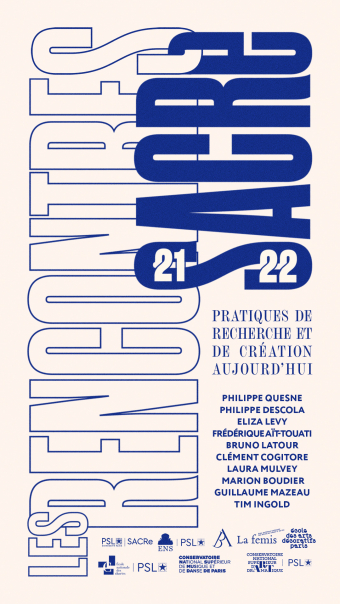 Ça ira (1) Fin de Louis, Joël Pommerat's show premiered in the fall of 2015, attempts to account for the revolutionary process, observing the mechanisms that govern power, emphasizing the collective dimension of political action, capturing the outbursts of conflict in history. How did the revolutionaries learn to exercise power? What were the tensions that sparked their enthusiasms and controversies? With this show, Joël Pommerat and his team have conceived a simple frontality, which puts the actor's word at the center and sends it back to a large assembly of spectators, mimicking conflicts and replaying alliances, while the writing of the stage, as well as the elaboration of the characters, are constantly documented by archives, speeches and issues of the time. It is in this context that these improvisations become necessary, in order to "reconstitute a reality that we have not witnessed" (Joël Pommerat).

During this SACRe meeting, historian Guillaume Mazeau and playwright Marion Boudier, collaborators with Joël Pommerat on this creation, will explain the making of the show, shed light on the creation of a play whose subject is politics, and thus evaluate the most creative part of their own research when it meets the work on stage.

Entry is free of charge, booking is required.

Information & booking on this link.