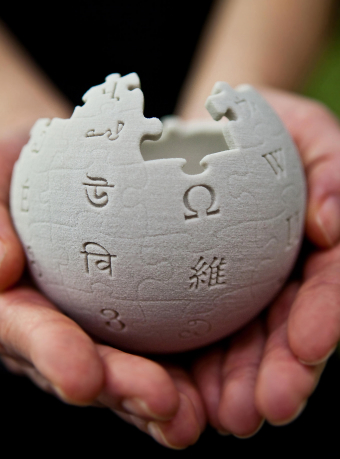 In its 20 years of existence, Wikipedia has revolutionized our access to knowledge.

Born in the world of information technology, the online encyclopedia quickly became the talk of the town: sulphurous because of its editorial model, questioned about the quality of its content, and largely misunderstood by the media, it has nonetheless enjoyed unparalleled success with the general public, becoming the primary source of background information for our contemporaries, both in France and worldwide. Wikipedia is an original object that needs to be analyzed in its own right: its functioning has redefined the very notion of encyclopedia, by the width of its spectrum and its mode of operation... but also that of author and reader, while turning personal and professional scholarly practices upside down. An original hub of knowledge, a living fossil testifying to the beginnings of the Internet for the general public, Wikipedia is without a doubt the greatest literary work of the 21st century.

Lecture given as part of the cycle of "Tuesdays at the École des Chartes" by Rémi Mathis, curator at the BnF and Michel Melot, former director of the Inventaire général du patrimoine culturel, both alumni of the École nationale des chartes - PSL.