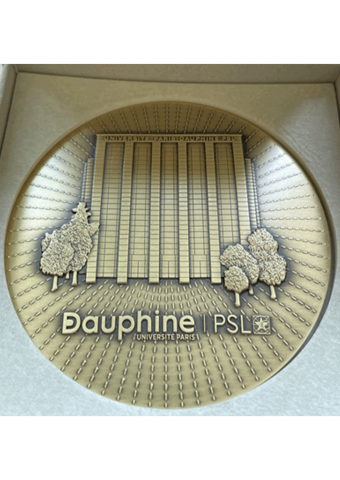 Dauphine - PSL will award the honorary title of Doctor to four international researchers.

Prof. El Mouhoub Mouhoud, President of Dauphine - PSL, and Prof. Bruno Bouchard, Vice-President of the Scientific Council, will award the title and insignia of Honorary Doctor to four international scientific personalities for the excellence of their research work and for their fruitful collaborations with the university:


The title of Honorary Doctor is one of the most prestigious distinctions awarded by French higher education institutions. This title honors "personalities of foreign nationality for outstanding services rendered to science and technology, literature and the arts, to France or to the institution of higher education that awards the title".

The ceremony will feature musical interludes by the PSL Orchestra and Choir and will be followed by a cocktail reception.

Please book to confirm you will attend the event