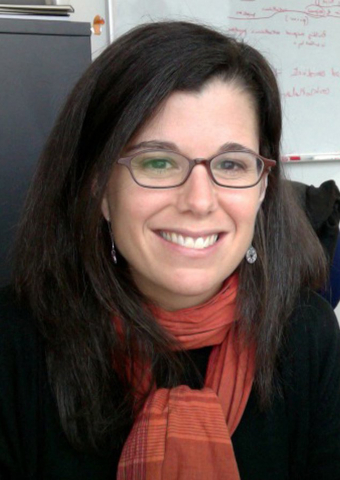 Sonia Garel is a neurobiologist and heads the Brain Development and Plasticity team at the Institute of Biology of the École normale supérieure in Paris (France). Her research focuses on the mechanisms that control the connection of neuronal circuits in the forebrain during embryogenesis and postnatal development, with a particular interest in interactions with the immune system and the environment.

After studying at AgroParisTech and obtaining a PhD in Developmental Biology in Paris, she did a postdoctoral fellowship at the University of California in San Francisco. She joined Inserm in 2003 and since 2008 she has headed the Development and Brain Plasticity team. Her work was rewarded by several honors including the European Young Investigator Award (EURYI), the ERC consolidation program, the Antoine Lacassagne Prize, the Brixham Foundation Prize for Neuroscience, the Grand Prize of the NRJ-Institut de France Foundation, and she is a member of EMBO.