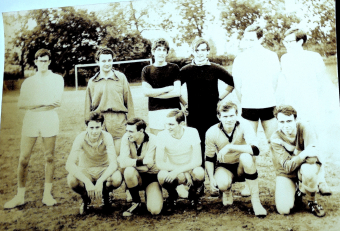 Michel Pastoureau, archivist paleographer (class 1972), correspondent at Académie des inscriptions et belles-lettres and emeritus studies director at École pratique des hautes études, is invited to the series of lectures about the two-hundred year anniversary of the School. He will give the inaugural speech on 1969, a special year at École des chartes, through video conference.

In the Quartier Latin, the year following the events of May 68 was particularly turbulent. The École des Chartes, located in the heart of the Sorbonne, had to bear the consequences.

Within the school itself, the freshmen that entered in the fall found a situation that was not the most peaceful. The most politicized students of the previous years were still in turmoil and tought the newcomers were "infantile".

Playing on their alleged infantility, the freshmen organized a series of events throughout 1969, at once playful, unusual and peaceful, which gradually allowed the school to regain its spirits and serenity. The present conference is dedicated to the recounting of the events.