The prodigious history of the names of the chemical elements 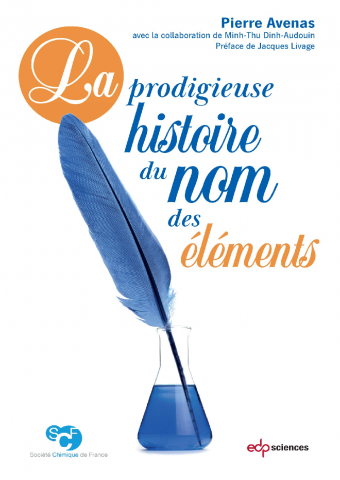 A lecture is given on the critical aspects of metals in human history, from the Bronze Age to the Iron Age.

The periodic table of the chemical elements, preceded by Chancourtois' Telluric Screw, reveals the genius of Mendeleev. At the time, only about sixty elements were known, characterized by their mass and properties, and nothing was known about the structure of the atom. How, with so little information, could one draw up a table and, above all, leave empty cells for elements that would be discovered much later?

For its 137th lecture, the association of friends of the library of Mines Paris - PSL invites Pierre Avenas. His presentation recalls the critical role of metals in the history of humanity, from the Bronze Age to the Iron Age, and then takes us to other horizons such as mythology, history or geography, to show us which men, beliefs or circumstances inspired the name of each element.

We will travel through the entire history of humanity, from the pigments of cave paintings to the recently discovered radioactive elements. These elements, which in fact constitute all the living and inanimate matter of the Universe, play a critical role in our history. Far beyond simple chemistry, Pierre Avenas opens up a wide horizon in which science, history and humanity are closely intertwined.