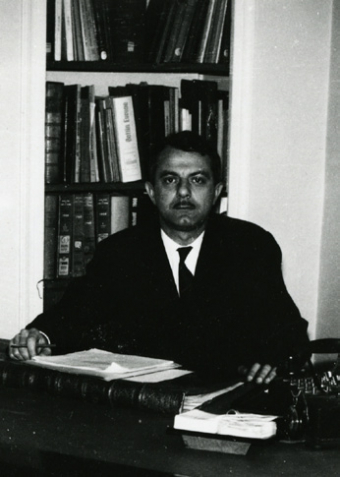 The École des chartes - PSL is organizing, in partnership with the Archives de Paris, a round of study about the archivist Yves Pérotin (1922-1981).

On the occasion of the centenary of Yves Pérotin's birth, the École des Chartes - PSL and the Archives de Paris will pay tribute to him. An archivist paleographer (class of 1948), he's a major international figure in 20th century archive science.

A man of concepts, he made a decisive contribution to the theory of the three ages of archives. As a field archivist, he has worked in a variety of environments, from the Archives du Var to those of the Seine, including La Réunion, the League of Nations and the WHO.

From theory to practice, his influence on archival thinking has been decisive and remains as such today.