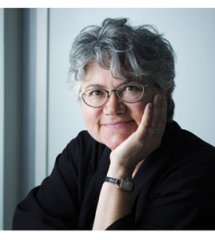 Once again this year, the theses named by the jury – both the winners and the honorable mentions – will delight experts and laypeople alike with their scope and their resonance for the major issues of our time. In my view, they serve as an invitation to overcome the dual major divide that arose in the West: first, the radical demarcation between the arts and the sciences, and second, the demarcation between the natural sciences and the humanities and social sciences. Some writers believe that divide between Nature and Culture – an outgrowth of modernity – merely reflects the special place given to humans, who are able to allocate and exploit nature on our own behalf, to the point that we now find ourselves in a situation in which we’re uncertain whether – in the words of Hans Jonas in his book The Imperative of Responsibility – we will be able to maintain an authentically human life on Earth. Human action is now on trial, as the various names used to describe our era suggest: Anthropocene, Capitalocene, Plantationocene, etc.

Can the natural sciences alone help us perceive what a 6°C rise in the Earth’s temperature really means?

Given the current divide between the arts and the sciences, can we effectively portray the risks that humanity is currently running? or the relative desirability of other possible world conditions? Can the natural sciences alone help us perceive what a 6°C rise in the Earth’s temperature really means? Or, as Ulrich Beck argues, have the natural sciences “set themselves against experience and its omnipotence, in order to attain power and technical objectivity,” and lost their ability to communicate and interpret? Is it possible that the humanities and social sciences, trapped in the human exceptionalism paradigm that historian Lynn White traces back to the book of Genesis, are both too arrogant and too imperialistic? Can we continue to maintain a divide in the sciences that is based on a cosmology which we now know – thanks to the work of Philippe Descola and many other writers – is dated and not universal? And while it may seem inappropriate to renounce Western “naturalism” in favor of a new form of animism (despite the growing calls to give plants and animals a voice, acknowledge their rights and criminalize the damage that is done to them), isn’t it nonetheless long past time to move beyond the current divide in the sciences?

Now more than ever, we need to combine multiple languages in order to describe the extremely troubling environmental situation our world faces, but also the desirability of the possible outcomes.

If we believe in the power of images and description to transform the world, we need to organize the sciences differently and create new convergences between the arts and the sciences in order to depict the world in a new way that will enable us to avert environmental crisis. That suggests that we need to start work immediately on building a Novum Organum, one that can acknowledge and describe a cosmology in which humans assume a new role in the biosphere. That new organization of the sciences would put an end to each science’s imperialistic aim to structure its own assertions; it would recognize different types of universal language that are capable of linking abstraction with sensibility, like the music described by one of our winners. It would require humans to reexamine and rebuild the foundations of all their sciences, taking into account the need to preserve the biosphere and all of its inhabitants. It would transcend this great separation and divide by restoring rules for coexistence – rules that today we sorely lack. But what several of these dissertations strongly suggest is that we need to go beyond the major divide between the arts and sciences and reaffirm the decisive importance of the imagination and affects in knowledge. Now more than ever, we need to combine multiple languages in order to describe the extremely troubling environmental situation our world faces, but also the desirability of the possible outcomes. I would like to extend my warmest thanks to the authors of the winning dissertations and those who received an honorable mention, for having made a critical contribution to these very current concerns.

Dominique Méda, professor of sociology at Dauphine–PSL, director of the IRISSO laboratory and chair of the 2020 PSL Dissertation Prize in the Humanities and Social Sciences

Presentation of the 2020 Dissertation Awards in Humanities and Social Sciences

The description of all winners of the PSL Dissertation prize is available on the PSL-Explore website.

All PSL news
Learn more
The winners of the 2020 Humanities and social sciences (SHS) PSL Dissertation Prize
[Vid] Presentation of the Dissertation Awards on July 9, 2020