Alain Fuchs has been elected President of Université PSL by the Board of Directors. 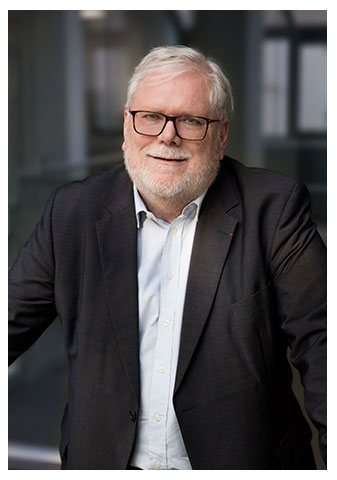 His candidacy was endorsed by 85% of the votes cast (28 votes in favor, 5 votes against and 3 abstentions). His five-year term of office may be renewed once.
The directors’ vote illustrates the confidence of the various communities in his plan to forge a major international university based on the diversity and the excellence of its schools, and an educational model with a strong research focus.

Dr Fuchs, Senior Professor, devotes his research work to the modeling and molecular simulation of confined fluids. He served as President of the French National Center for Scientific Research (CNRS) between 2010 and 2017, and was previously Director of the École nationale supérieure de Chimie de Paris from 2006 to 2010. Prior to that, he founded and led the Laboratoire de Chimie Physique (CNRS/Université Paris Sud). He is a member of the Academia Europaea, a Fellow of the Royal Society of Chemistry and was awarded an honorary PhD by the Université de Québec. Alain Fuchs was appointed President of the University and the PSL Foundation for Scientific Cooperation (FCS PSL) in October 2017.