C2ERES: an instructional and scientific project incubator for thinking about the space exploration of the future

To train future astrophysicists and space engineers and provide support for innovative research projects, PSL offers a unique program in conjunction with the ESEP Labex: the Campus and Research Center for Space Exploration, known as C2ERES. Benoît Mosser is responsible for the center’s operations and educational programs, while Boris Segret is responsible for technology management. They tell us about the operations and unique features of this hub of space research, located at the Meudon site of Observatoire de Paris-PSL, just outside Paris. 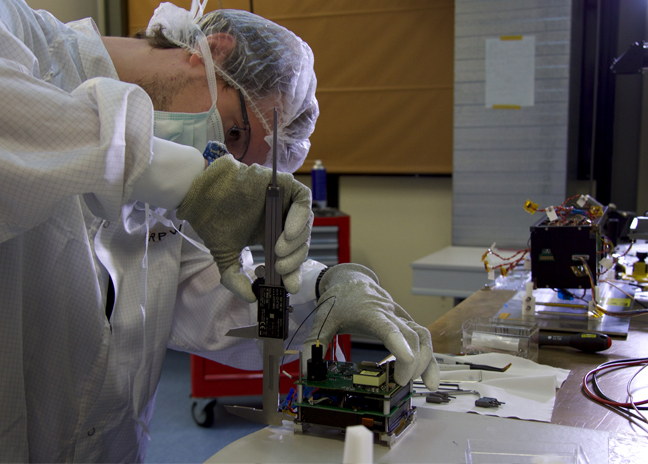 PSL : C2ERES (Campus and Research Center for Space Exploration) describes itself as PSL’s space hub. Could you tell us what that means?

Our mission is to develop the space instruments of the future, and that’s something that happens in laboratories. Any technology has to be proven in the lab before it can be taken into space.

Benoît Mosser: C2ERES (pronounced “c-ceres”) is primarily a campus and research center. It’s backed by the ESEP laboratory of excellence and it operates in close conjunction with the Master’s program in Astronomical and Space-based Systems Engineering. Those two connections are essential, because the field of nanosatellites combines research and training. Because we’re part of PSL, we can maintain close ties with the most important figures in education and especially research, and as a result we serve as the space hub for the Greater Paris area and even beyond.
Boris Segret: C2ERES is a project incubator. In other words, our mission at the ESEP Labex is to develop the space instruments of the future, and that’s something that happens in laboratories. Whether it’s a scientific project or something else, the laboratory is a necessary step along the way. Any technology has to be proven in the lab before it can be taken into space.  And that demonstration of the technology is precisely what C2ERES is able to do, thanks to how it operates, its equipment and the personnel on hand. With the PicSat project, for example, the technological demonstration (the injection of light into a single-mode fiber) is happening right now in space thanks to the environment we created at C2ERES.
Benoît Mosser: To really understand what we do as a hub, we also need to talk about our ties with industry and the synergies we have!  In the field of space exploration, research by laboratories drives a significant proportion of the work at major companies like Airbus and Thales. Astronomical science is a spur to technological progress; it dreams up projects that may seem crazy but are ultimately feasible, and helps make them reality. That’s what we call innovation and progress!

PSL: Who is the audience for the C2ERES space hub’s work?

In the past three years, professionals and students combined have contributed the equivalent of 55 years of work to these projects That’s essential for ensuring those projects move forward!

B.S.: The permanent team consists of three people, plus the members of the project teams. Those researchers join us based on a standard process: the Principal Investigator sends a project proposal to the ESEP Labex which is then evaluated by a scientific committee; once it’s been selected and funded, that team joins the C2ERES community. Our role is to help them get their project up and running, by funding internships and providing methods, management tools and shared resources. That last point is where C2ERES’s input really becomes important. In the past three years, professionals and students combined have contributed the equivalent of 55 years of work to these projects That’s essential for ensuring those projects move forward! To give a recent example, the PicSat project involved 11 students and represented 185 months of student and professional work – that’s 15 years of work completed in three years!
B.M.: Our strength is that we can also draw on the network of engineers at the ESEP Labex laboratories, with whom we’ve set up a system for sharing expertise in mechanics, optics, embedded technology and much more. They provide backup support for projects, help to supervise the students and so on, and it all works very well. For the students it’s a wonderful opportunity to take part in a real space mission, which isn’t so common at the laboratory level. For the experts it’s highly motivating to be able to contribute to projects that are both lean and fast-moving, like PicSat  (Rosetta, for example, was conceived in 1994 and launched in 2004 for a two-year mission related to the comet that began in 2014). We also host students working on their dissertation and students in their gap year doing engineering or research internships. In all, 268 students have passed through C2ERES in three years. Certainly when you compare us to some of the major international universities such as MIT, that’s a modest number, but nonetheless we’re very proud of it, because the quality of the academics we offer is equivalent to what they have at the big international universities, for a much more reasonable cost. And why shouldn’t we be able to match MIT one day in the number of students? PSL is giving us wings! (He laughs.)

PSL : What’s unique about C2ERES? What does the space hub offer students?

B.M.: We offer students a different educational path. They want to develop both cross-disciplinary and thematic skills that they don’t get from their lecture courses. The CubeSat approach presents them with actual objectives and concrete results. For instance, we might we need to find the answers to three critical questions for the project’s development within three weeks. That helps them become more accustomed to managing their professional responsibilities and more comfortable with it, which wouldn’t be possible otherwise.  In other words, we train them in the right practices, and the results are very positive.
B.S.: Right in the center of C2ERES there’s something called the PROMESS room. It’s a space set aside for concurrent engineering projects, where we provide support for rapid prototyping of a mission profile using the DOCKS open source software. It’s software we developed in-house, and I have to say I’m very proud of it. It doesn’t yet have a free equivalent, although the CubeSat standard, which itself is open source, is available to both public- and private-sector groups beyond just the manufacturing sector. DOCKS lets us prepare for creating the CubeSat; we can depict and model all the situations in its future life in space, including its orientation in the sky, the orbits around the Earth, overflights for Mars or an asteroid, measurements, rotations, battery charging, telecommunications and so on – and we can decide on the best strategies quickly and as a group.

PSL: Why the decision to work on nanosatellites in particular? Does that mean they’re the space instruments of the future?

The major advance of the CubeSat was that it made it less expensive to send 1 kilogram into space. These days, if we want to send out the successor to the Hubble in the future, it’s not a CubeSat we’ll be looking at but all those things we’ve been able to create on a miniature scale

B.S.: When it comes to nanosatellites, the wave that counts is the CubeSat wave! (editor’s note: a CubeSat is a satellite less than 1.33 kg in weight that forms a 10x10x10 cm3 cube). The CubeSat is a standard nanosatellite format that makes the design process simpler and less expensive. CubeSats initially emerged in the United States in 1999 as an instructional tool. When the ESEP Labex was established, we decided to design CubeSats for scientific use. That’s an important difference, as the PicSat project makes clear, because it’s not a matter of fancy teaching methods; instead we’re using an accessible format to experiment with the space instruments of the future. So for us, a CubeSat is first and foremost a tool for achieving a scientific objective. In other words, it’s simply the container that will make the payload work – a measurement tool. And as scientists, it’s the payload that we’re interested in.
B.M.: The major advance of the CubeSat was that it made it less expensive to send 1 kilogram into space. These days, if we want to send out the successor to the Hubble in the future, it’s not a CubeSat we’ll be looking at but all those things we’ve been able to create on a miniature scale.

PSL: There’s been a proposal to build a PSL graduate program on Space and Astrophysics around C2ERES. Could you say something about that?

B.M.: Yes, in 2017 I led a proposal to have the EUREQA EUR (Ecole Universitaire de Recherche) program on space research, quality and astrophysics made into a degree program as part of the Third Investing for the Future (PIA3) initiative. Our proposal wasn’t selected but we’re going to do more work on it, because it’s a fruitful concept. The idea is to provide training for young people through research into space engineering and physics. A dissertation project could easily provide the basis for taking part in an international project and at the same time clarify a fundamental point in physics. The challenge involved in a graduate program like that would be to give tangible meaning to fields like astrophysics and engineering for the general public. Our responsibility is to train young people in innovation and expertise, which are valuable in real life. EUREQA has given us an opportunity to ask how that kind of education could be improved, so we’re pursuing a number of ideas and we’ll be re-submitting the proposal in late 2018 as part of the second PIA3 call for proposals. 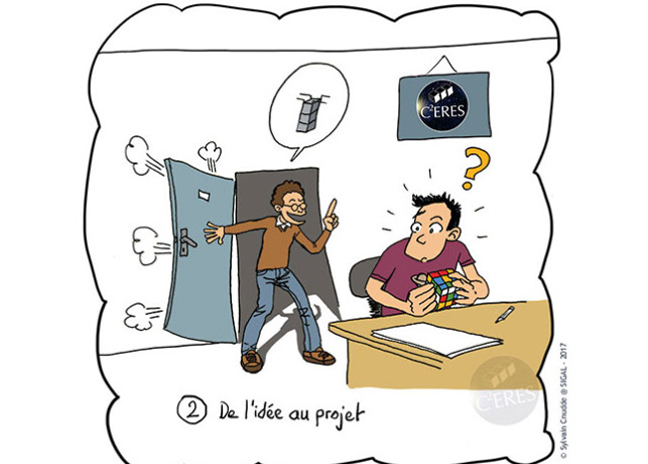