Distance versus engagement: a dilemma to be reconsidered in the humanities and social sciences

By François Héran, sociologist, anthropologist, French demographer and professor at the Collège de France, speaking at the ceremony to award the 2021 PSL dissertation prizes in the humanities and social sciences. 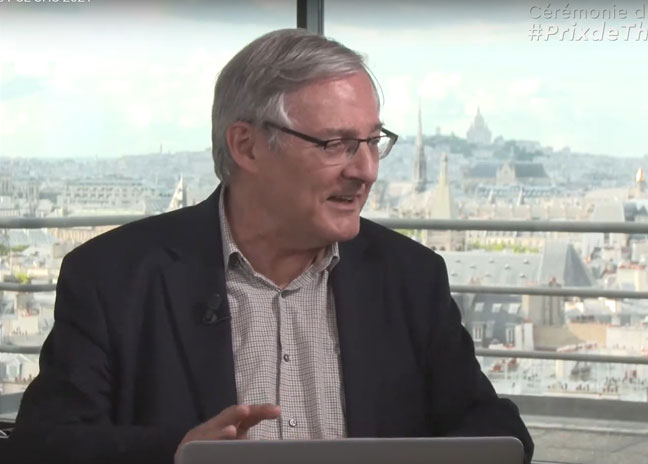 In the world of humanities and social science research, just as in the life sciences or physical sciences or engineering sciences, there are many different ways to show your commitment. First, you can embark on research for its own sake, either alone or in partnership, individually or collectively, cooperatively or competitively. You can aim to create research that will become a milestone (which is not a distinction granted to everyone), or you can find your happiness in making a small contribution to an edifice that is larger than you. All of these types of researchers exist, and all of these vocations are legitimate, including everything in between.

But in the process, scientists can also become involved in the community on behalf of some general principles or values: justice, equality (in every sphere), the fight against discrimination, protection of democratic ideals, restoration of our cultural heritage, the duty of remembrance, concern for future generations, preservation of communities, the fate of the planet... the list goes on. Any social science research worthy of the name is necessarily, and simultaneously, critical and constructive, dedicated to sizing up the gap between the actual and the ideal, looking beyond the obvious, questioning settled arguments, shaking up established truths, and so on. Some researchers hope to reveal hidden agendas or shed light on the reasons for certain behavior. Others denounce simply by describing, and that gives their work an impact that is stronger than an inadequately supported condemnation would be. Still others seek to understand – but not necessarily excuse. And this list could be extended.
By offering this extremely brief overview of the multiple interests of a researcher, my goal is simply to show how porous is the line that separates commitment to research and commitment to the community. Recently, both in the political class and in parts of the scientific community, we have seen a rapid rise in gatekeepers who draw an impassable line of demarcation between science and activism, neutrality and engagement. In numerous essays and op-eds, they have gone so far as to call for institutions that would monitor inappropriate topics. And yet, to judge from the highly committed and indeed provocative tone of those calls, one might suggest that those out to slay activism have the mindset of natural-born activists themselves.

In my address on July 8 honoring the winners of PSL’s dissertation prize in the humanities and social sciences, I cited a number of thinkers from antiquity and today as a basis for tackling the issue of detachment or distance. I’ll just mention the first of those now, in my own translation from the original Latin:

“The tyrant Leo asked Pythagoras what type of men were philosophers, and how they differed from the rest. Pythagoras responded that humanity resembled the Olympic Games, which brought all of Greece together. Some tried their luck at physical endeavors in their quest for a crown that would bring them glory. Others came to buy and sell in order to do business. But there was another class of persons who were by far the best; they came merely as spectators, without seeking applause or profit. They came to observe what was done, and to see in what manner things were carried on there.... They are exceedingly rare, those who observe the facts without hope of gain.”

That instructive narrative is reported by Cicero (Tusculanes V, III). It aims to show that, from its earliest days, philosophy (in the broadest sense of the term) was a contemplative, disinterested activity. Historians of science are familiar with that text because it appears, in condensed form, in Francis Bacon’s book on the advancement of learning, published in 1605. Fifty years after Cicero, Epictetus spoke in turn (Discourses II, 14) of those people who come to the fair not to buy or sell but “only to look at the fair, and inquire how it is carried on, and why in that manner, and who appointed it, and for what purpose.” They do not withdraw into their ivory tower; instead, they make observations in situ for the purpose of analysis. The questions they posed are those of research: who? why? how? It is no coincidence that the two examples cited – athletic competitions and the market – are methods of comparing and contrasting that have their own logic and their own system of rewards. The idea is to learn about those methods and understand who can win, who may sell, etc. But this interest in those forms of interaction assumes that one has no personal stake in them. Here we see an early expression of the theory of the impartial observer, always looking for conflicts of interest.
But what’s your point, you might ask? Isn’t it a little strange to be citing texts that celebrate the wise man’s ability to observe competitions and markets without anything to gain, when the very reason all of you are here right now is because you agreed to take part in a competition and you’ve been named a winner? It’s a modest prize, to be sure, but a prize nonetheless, with its own share of glory.

The fact is, science itself is a competition or a fair, with its own court and hall of judgment. That same Francis Bacon who praised Pythagoras’s capacity for contemplation gives us this acerbic thought: “Aristotle, as though he had been of the race of the Ottomans, thought he could not reign except the first thing he did he killed all his brethren.” To become a caliph in place of the caliph, competitors had to be eliminated. You are no doubt familiar with the variation on this theme provided by Max Planck in his short Scientific Autobiography (1945): “A new scientific truth does not triumph by convincing its opponents and making them see the light, but rather because its opponents eventually die, and a new generation grows up that is familiar with it.” In other words, we don’t make discoveries in old age, but by shaking up those who are old. It’s also a recognition that in the sciences, the level is definitely rising.

It would be simple if scientific research were solely individual or, by contrast, solely collective. If it were totally cynical (in the way that Bruno Latour has characterized it) or purely disinterested. Or if it were all of those at once, in varying proportions. We have to live with that complexity. We need to find a balance between putting everyone on the same level and a winner-take-all approach. That’s something I like about the PSL dissertation prizes in the humanities and social sciences: it isn’t just one prize but five prizes and several runners-up, all of whom merit a look. The work we are recognizing isn’t intended to tear down what others have done, but to give us a wide range of models.

One way to circumvent that inevitable dilemma of detachment versus cynicism, engagement versus distance, is to nurture a bond between science and society. That bond involves more than just communicating about or promoting scientific work; it means conducting scientific research that is mindful of the fact that topics of research are community topics, which are themselves debated in a realm where many different people spar. For that reason, we need to rise above the insider/outsider conundrum that is well known to American sociologists: do you need to be black to talk about the “black condition”? Do you need to be a woman to talk about gender discrimination, or an immigrant to talk about the migration experience, or a believer to talk about belief, or a criminal to be a good criminologist? When it comes to this critical point, even an author like Émile Durkheim was torn. We all know his dictum: “treat social facts like things,” and we know how he strived to promote a non-religious sociology of religious behavior. It’s not as well known that after the publication of The Elementary Forms of the Religious Life (1912), he began a remarkable dialogue with the Union of Free Thinkers and Free Believers (sic) . Sociology of religion, he argued, needs to “confront religion in the same mental state as the believer,” because “he who does not bring to the study of religion a sort of religious sentiment cannot speak about it! He is like a blind man trying to talk about color.”

We have all found ourselves trapped in this Durkheimian tension. The only way to overcome it is to acknowledge that research must consider both internal and external points of view, but with the same methods of observation and adducing evidence. At the Institut Convergences Migrations, which I have led since 2017 on behalf of the CNRS and seven other organizations and universities, we now have 620 affiliates with a growing number of researchers, both men and women, who are immigrants. Those researchers are vulnerable to discrimination if they’re members of visible minorities, and yet they’re simultaneously experiencing upward social mobility. We owe it to them to take a fresh look at the migrant experience and the avenues by which each of them can or cannot find their place in society. I do believe research into immigration should be a focus of those who have experienced it, but I don’t believe they can claim a monopoly on examining the circumstances of immigrants. Every viewpoint, both internal and external, is critical, because immigration is something that concerns all of us, not just immigrants or their descendants.

To take an example I know well, demographics needs to combine macrodemographics, which uses national and international data, with microdemographics made up of individual longitudinal observations, possibly in the form of qualitative “post-surveys.” Economists long ago broke new ground in their use of data and experimental methods, which they use to identify the array of constraints and interests that guide individuals in their decision-making. Historians, for their part, have significantly expanded the scope of their archives by adding personal or private ephemera of all kinds to the institutional data in their possession. All of these combinations are beautifully illustrated in this year’s prize-winning dissertations. I know I’m not telling you anything new when I say that, in the words of Claude Lévi-Strauss, the social sciences must operate from both near and far.

The PSL Dissertation Prize in the Humanities and Social Science

All of the presentations, plus a bibliography of each of the winners, can be viewed at the University’s website for resource access and knowledge dissemination, PSL Explore.

François Héran is a sociologist and demographer, and he was awarded the prix Descartes-Huygens. As a Professor at the Collège de France, he holds the Chair on Migrations and societies and runs the Institut Convergences Migrations. He also chaired the ceremony to award the 2021 PSL dissertation prizes in the humanities and social sciences.