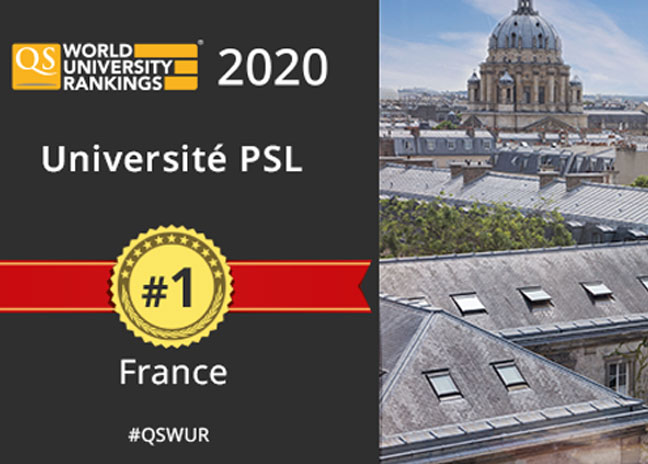 The Quacquarelli Symonds (QS) agency, specialized in the field of higher education, published on June 19 its annual ranking of world universities: the World University Ranking. For the second year in a row, PSL is the leading French university at the 53rd place. This result was achieved thanks to very good scores for the quality of its teaching (100/100) and the employability rate of the graduates (91/100).

Until ARWU ranks Université PSL as whole, component Schools within PSL have been ranked by subject on 2019, June 26: