Faced with the shifts to come, it seems essential that each student be able to grasp, with both nuance and rigor, the major dynamics brought to light by the scientific community. As future citizens, students will have to take part in our collective adaptation to these new climate realities. For the beginning of the 2021 academic year, Université PSL suggests, with the support of our students, to highlight the theme of the Anthropocene through a series of conferences and various events available to all. 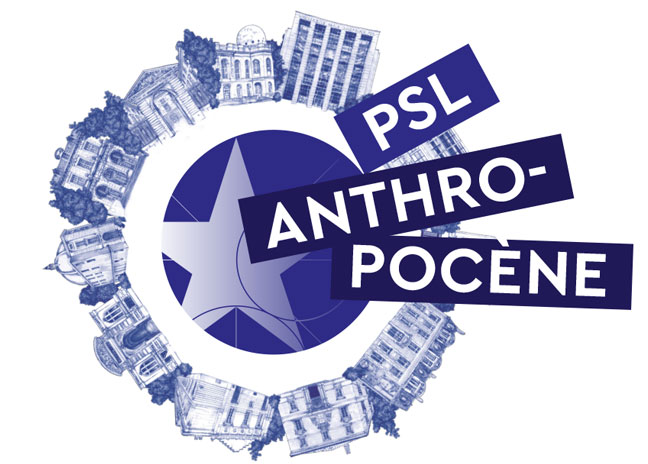 Jean Jouzel, paleoclimatologist, former vice-chair of the Scientific Working Group of IPCC (2002-2015) and member of the Economic, Social and Environmental Council (ESEC)

Tthursday, September 9, 2021 at 6 p.m. In-person event, available at the invitation of Institut Curie - the event will be live broadcast on PSL's YouTube Channel (weblink available soon)

"Climate imbalance: a message from Sahel”

What are the challenges of environmental responsibility in higher education institutions?

Friday, October 1 at 12:15 pm - Dauphine - PSL. Replay in the following days on the PSL Anthropocene playlist

Collecting dew: every drop is significant

About bio-based and biodegradable plastic materials

Mercury, Venus and Mars: terrestrial planets, yet not Earths

Man and the environment

Mural of the climate

Collaborative waste collection organized by ESPCI Paris - PSL students in the 5th district and beyond. Event open to all PSL members.

By the students at CNSAD - PSL

The details and url links to the conference broadcasts will be communicated later. This program is likely to change in the coming weeks.

Series at the beginning of the academic yeat at PSL: September 1 to October 19, 2021

The details and url links to the conference broadcasts will be communicated later. This program is likely to change in the coming weeks.