PSL is one of the five public bodies behind PariSanté Campus, a cluster for research, innovation, training, and entrepreneurship in the field of digital health. With just a few weeks to go before it is opened to the public, the Commission Nationale du Débat Public (CNDP) is launching a preliminary forum to inform the public and gather its opinion on the suitability and main characteristics of this major project. 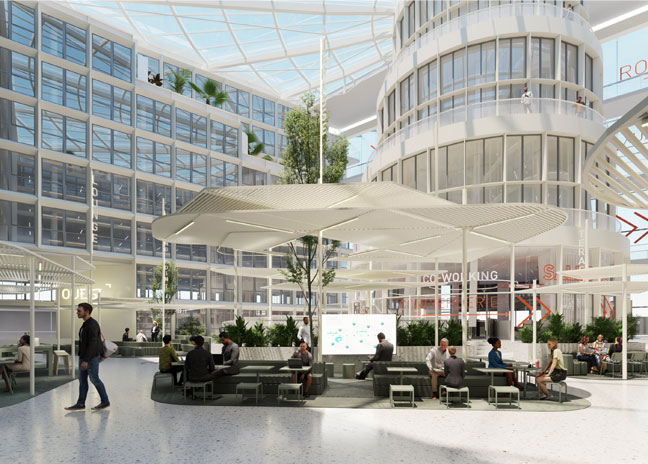 In December 2020, the French President announced the launch of PariSanté Campus, which aims to "make France a leader in digital health". It relies on five major public operators: Université PSL, Inserm, Inria, the Health Data Hub and the Agence du Numérique en Santé. The campus will host researchers, teachers, students, entrepreneurs, and the general public. Université PSL will be represented by three institutes that combine training, innovation and research:

Start-ups will also join the site, some of them from PSL laboratories - a call for expressions of interest is underway (see below).

A few weeks before the campus is inaugurated, the Commission Nationale du Débat Public (CNDP) has requested that a preliminary forum be held from September 21 to November 13, 2021. This procedure will provide an opportunity to discuss the originality of the program, its scientific and educational features, the challenges it meets, the expected social and economic benefits, as well as its territorial integration and environmental impact. Alternative solutions will also be discussed through various methods of information and public participation.
Throughout the debate process, each citizen can obtain information and interact with the project leaders by submitting an opinion, asking a question, reading the debate records, participating in the meetings (see calendar below), or by contacting the e-mail address: PariSanteCampus@garant-cndp.fr.

Calendar of the planned debates

The meetings with the public are organized in strict compliance with the current health policies. The public meetings will also be broadcast online at www.concertation-parisantecampus.fr

PariSanté Campus will be a hub for the French digital health sector, and will host companies and players from the world of innovation alongside the scientific teams. Université PSL's Partnerships and Development Department is launching a call for expressions of interest from start-ups, major companies and SMBs, as well as innovative project leaders to join the PariSanté Campus business center.

The opportunities available to this community include: