“PSL is an innovation and a proven success”: interview with Professors Pierre Corvol and Thomas Römer 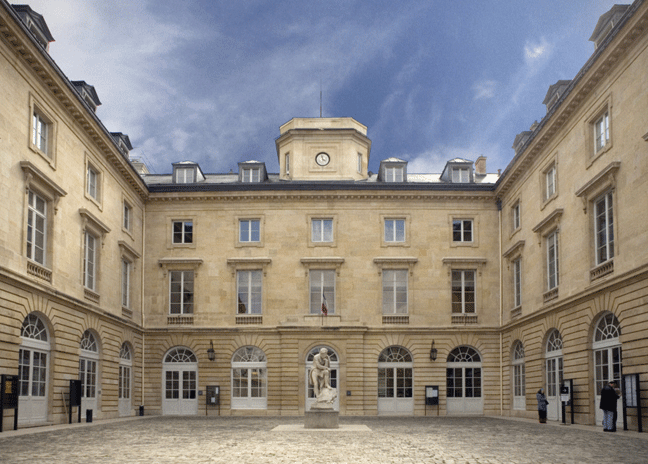 10 years after the creation of PSL, what is your assessment of the progress that’s been made?

For a centuries-old institution like the Collège de France, 10 years is a very short space of time - and yet, it has been enough for a new unversity to be created and to find its place within the national and international environment of higher education and research! It posed a significant challenge, but the result is impressive: it was a question of bringing together the combined desire of several recognized and prestigious institutions to create a new university, to enhance their excellence and international visibility. The project was a big risk for all of them, and several committees and observers had expressed their skepticism - sometimes even officially!

But we were driven by a very strong belief based on our long-standing scientific ties as well as our shared values. PSL is therefore an innovation but also an achievement with a number of successes, from the IdEx obtained in 2012, to the very recent first place global ranking in the ‘Times Higher Education Young University Rankings’. We must pay special tribute to Monique Canto-Sperber and Thierry Coulhon, who worked to bring about this wonderful achievement.

What challenges and major issues do you think PSL will face in the next ten years?

First of all, after these two years of the pandemic, PSL will have to demonstrate its resilience, its mobilization abilities and the cohesion of its community - which has now become larger and more diverse - in all aspects of its identity and in its projects.

Secondly, PSL is expected to be involved in decisive scientific and societal issues concerning biodiversity, the ecological transition, and climate change, but also the health of the population - for which we have given a very clear sign with the launch of PariSantéCampus, as well as the broad field of Artificial Intelligence. One of PSL’s strengths in meeting these challenges lies in its ability to address these issues with a multidisciplinary approach, by combining exact and experimental sciences with humanities and social sciences.

Finally, PSL must pursue and consolidate its European ambition within the network of European universities, both in education and research. In this way, it will be able to make a full contribution to the construction of a future European Higher Education and Research Area.

What is your analysis of the Collège de France’s role within Université PSL?

The Collège de France is one of the ‘founding fathers’ of PSL along with the Ecole Normale Supérieure - PSL, ENSCP - PSL, ESPCI Paris - PSL and the Observatoire de Paris - PSL, which were soon joined by Dauphine - PSL and Institut Curie. We have particularly vivid memories of our collective excitement around the birth of the project, and then of our total investment in the fierce competition to win the IDEX! The Collège de France has been able to establish its unique positioning in the landscape of higher education, its informed objectivity, and its profound commitment to subsidiarity, which was to be the foundation of PSL. That is why the Collège de France came up with PSL’s motto: ‘Let’s share what is unique in each of us!’

The PSL project is best summed up in the words of Alain Fuchs - who has helped make PSL a success with remarkable results - in his wishes for 2022: “Each of our schools shares their uniqueness for the benefit of everyone.”

From 1530 to the present day: rediscover the history of the Collège de France

PSL celebrates its tenth anniversary. To mark the occasion, we invite you to take a look back at some of our highlights over the last ten years - big science projects, new courses, an increased and diversified range of services, and international visibility - by emphasizing the strengths of our member Schools.

PSL celebrates its tenth anniversary this year. To mark the occasion, we invite you to take a look back at some of our highlights over the last ten years.