The 100-member Senate elected their Chairman and Vice-President on January 21 and 22 by electronic voting following a nominating session.

The Student Vice-President assists the Chairman of the Academic Senate, specifically on topics relating to formal education and student life.

This election allows the establishment of the three standing committees of the Senate and they will meet for the first time on February 11th. 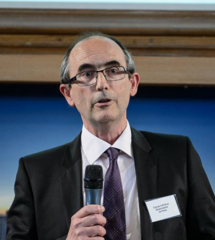 Claude Catala is a Director of Research at the CNRS, assigned to the Laboratoire d'Études Spatiales et d'Instrumentation en Astrophysique (LESIA) of Observatoire de Paris – PSL. His research subjects are on the one hand stellar physics, and more particularly the magnetic fields of stars and asteroseismology (probing of stellar interiors by analyzing their oscillations), and on the other hand the study of exoplanets.
He was the scientific leader of several major research projects in astronomy, including the MuSiCoS multisite spectroscopy network for continuous observation of stars from a series of observatories distributed in longitude around the globe, and the European Space Agency's PLATO satellite project, dedicated to the detection and study of exoplanets and their host stars.
A policy officer in astronomy at the Ministry of Higher Education and Research from 2005 to 2011, Claude Catala then served two terms as the President of the Observatoire de Paris – PSL, until March 2020 and, as such, he actively contributed to the growth of PSL. He worked particularly on the integration of the Observatoire into the Université, and played a key role in the reflections on the positioning and functioning of the Academic Senate.
Claude Catala is a Knight of the Legion of Honor. He has received several scientific awards, including the Deslandres Prize from the French Academy of Sciences. 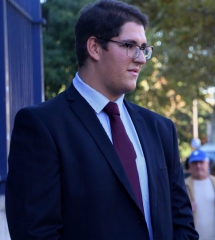 A student in Social Sciences and Public Prosecution at Dauphine - PSL since 2016, Remy Haddad chaired the student association Dauphine Discussion Débat. Involved in community, he works at the 18th arrondissement city hall on the problems of poor housing, and volunteers in a charitable organization that fights against dropping out and academic failure. As the first student Vice-President of the PSL academic senate, he wishes to promote ecology, democracy and the sense of community in the growth of PSL, by ensuring students are involved in the decision-making process.