Bianca tell us her experience within the Fashion and Materials Master's program, a collaboration between Dauphine - PSL, MINES Paris - PSL and the Ecole Nationale Supérieure des Arts Décoratifs (ENSAD). Driven by the desire to change the fashion industry by creating new sustainable materials, she explain what led her here and presents us "Denimistry", her final year study project. 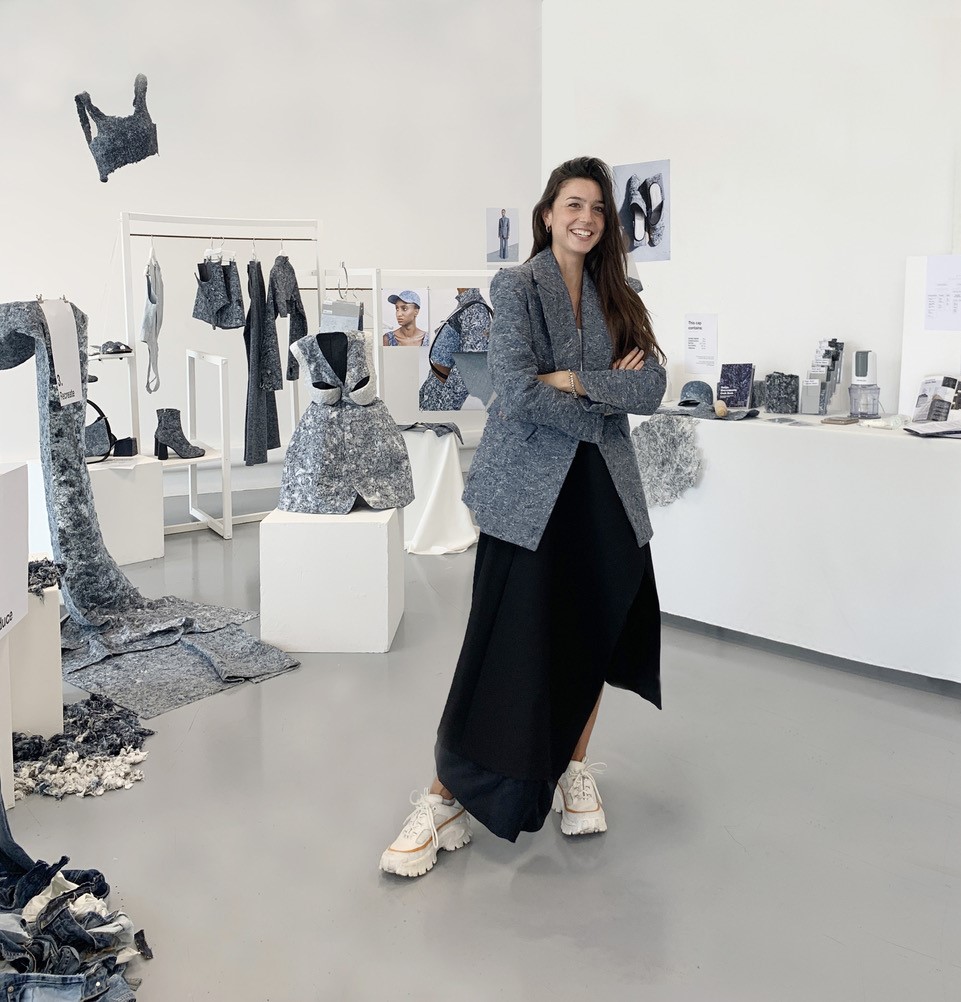 Creative, passionate and determined, Bianca is a student entrepreneur in the PSL Pépite program and one of the first graduates of the Fashion and Materials master’s degree of Paris Fashion School by PSL, a collaborative effort between Dauphine - PSL, MINES Paris - PSL and Ecole Nationale Supérieure des Arts Décoratifs.
In high school, Bianca was creative and above all, studious. She chose a science track, loved fashion, customized her clothes but was more likely to scribble notes and equations in her margins than doodle. She felt very left-brained, far from the idealized image of an emerging artist. After she completed her baccalaureate, she was forced to take a break for health reasons.
“I had six months of my life to think. I had always customized my clothing, but I never considered it anything serious, nothing that might suggest a future career. I listened to my passion and realized that I didn’t want to study science. Instead, I learned about careers in arts and enrolled at a school of applied arts.”

Bianca enrolled at MANAA (Mise à Niveau en Arts Appliqués) in Nice, a program specially designed for high school graduates who had not taken an arts course in high school but wanted to catch up on the basic concepts before continuing their studies in the field. She discovered a very different, much freer learning environment and developed a passion for art history. From there, she went on to earn a BTS diploma in Fashion Design from Strasbourg and then, two years later, went to Université de Lyon 2 for a work/study professional degree in design and computer graphics. Alongside her studies, she worked as an assistant designer for a small ready-to-wear brand, exploring the various facets of the business.
“A large part of my work involved communicating with our manufacturers in India. I was struck by the power dynamics that had developed between us. We were forced to ask a lot of them, with shorter and shorter deadlines at lower and lower prices and in the end, we were rarely satisfied with the results! The experience brought me face to face with the realities of fashion companies. Even though I got a job offer, I decided to continue my studies in environmentally responsible fashion to help change the game. A friend told me about the Paris Fashion School. I applied, and after having been in Nice, Strasbourg, and Lyon, I moved to Paris!”

At the time, the Paris Fashion School by PSL was a brand new degree designed to support the ecological, social, and technological transition in the world of fashion and materials. Drawing on her experience in ready-to-wear, Bianca learned about environmentally responsible fashion and became passionate about the story of Patagonia founder Yves Chouinard.
“The brand’s success demonstrates that it is completely possible to have a viable and responsible business model in the clothing industry.”

It is completely possible to have a viable and responsible business model in the clothing industry.

Very inspired, she joined the second class of students in the Master’s program.
“What a rewarding two years! I didn’t go in with any specific expectations; I hadn’t yet taken any courses on environmentally responsible fashion, so it was all new. The program also gave us a lot of freedom to create and experiment.  We had access to the EnsAD workshops and the Mines Paris fablab’s machines (3D printers, laser cutter, etc.). It was ideal, we could construct our designs and work on the smallest details. And as the cherry on top, Dauphine’s courses on the fashion industry allowed us to lay a real foundation for our career plans. Those were two very intense years!”

We had access to the EnsAD workshops and the Mines Paris fablab’s machines (3D printers, laser cutter, etc.)

The 11 students in the Master’s program’s second graduating class came from all over the world, including Taiwan, Korea, China, Canada, and France. While they all shared a concern about the future of fashion and the application of the energy transition, each arrived with their own unique approach and experience. Some focused on the cut of clothing, others considered materials more important... debates were frequent and provided plenty of food for thought. In December 2019, Bianca began “Denimistry,” her final project.
“I got interested in the denim industry and wanted to create new textile materials from the waste it generates. The idea wasn’t so much to recover scraps as to rework them completely to create an entirely new product. For example, I began by grinding denim to recover the fibers... I needed a binder, and after a lot of research, I found a recipe for a natural binder that I could make myself: bioplastic. My project really took off, though, when I was able to collaborate with an engineer at École Nationale Supérieure des Arts et Industries Textiles (ENSAIT) in Roubaix, Philippe Vroman. Philippe introduced me to other “non-woven” techniques, always with the aim of creating new materials from ground/frayed fibers. Non-woven textiles are obtained through various industrial mechanical processes that tangle the fibers together to form a layer of fibers which will become fabric. In short, this collaboration allowed me to add an industrial, and therefore reproducible, dimension to a project that had been very much handmade.
Denimistry is the combination of denim and chemistry. I’m not trying to upcycle, which involves transforming a garment to give it a second life, but rather to transform the raw material itself.”

To achieve her goal, Bianca drew inspiration from the scientific method, keeping a laboratory notebook to describe her various experiments and brushing up on subjects she had studied in high school (such as mathematics, chemistry, and physics). From her science-stream Baccalaureate to passing her defense with high honors in September 2020, the value of her multidisciplinary approach is very apparent. Bianca won 1st prize in the 2020 celebration of Wise Women, a circle of women involved in design and culture, and jumped into entrepreneurship with the PSL Pépite student entrepreneur program. Her next challenge: scaling up her process for industrial application.
“I am convinced that the processes I used could help democratize recycling in fashion. I want to create the material, demonstrate its robustness, see if I can get the brands interested in it and produce it on an industrial scale.” A grand challenge! To meet it, Bianca is already receiving assistance from EnsAD and the PSL Pépite program.

Most of the prototypes for her graduation collection are currently on display at the Cité des Sciences et de l’Industrie through January 22, 2022 as part of an immersive exhibit called “Jean.” The exhibit invites visitors to dive into the industrial and technical world of denim production and consider the conditions under which it is produced. 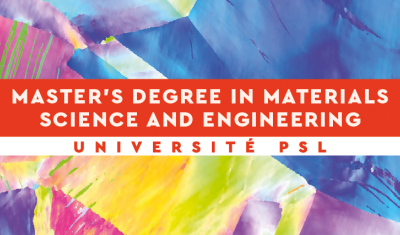 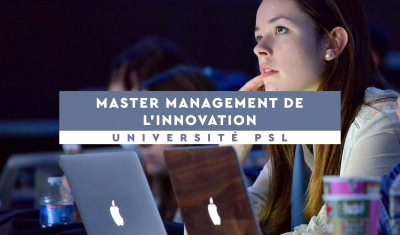 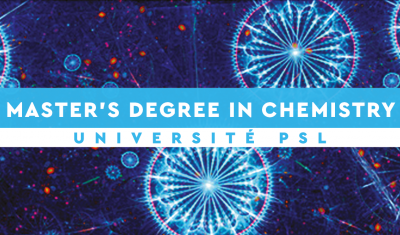